The Cute Eastern Devil has asked me out for a beer. I said yes. She works in TV. No, you perverts, she’s not a transvestite. She works in television!

People think she’s all so innocent. But I know she is not. I can feel it. She’s very young, too. Way, way too young for me.

No need to tell me to be watchful. I have no intention of being careful. None whatsoever.

I know when I’m being stalked. I’m going to enjoy the thrill of the chase. What I mean is the possible thrill of being chased.

My curiosity is really in overdrive.

A recent post by Delusia triggered this memory. If you don’t read her regularly, you are missing a treat. She always gets me thinking. Here is the post that brought back this memory of suede skirts for me..

It was so long ago that early October day. I was waiting excitedly with my home town best friend for her plane to land. We would be spending the night at his apartment before we made the trek back to my college town 2 hours away. We hadn’t seen each other since late August, when she had left the resort area where we were working to head back home and get ready for the new college year.

I was  21. Kate was 17 months younger, but several years less experienced. She was still a virgin.

Two years before, I had left home, a relatively peach fuzzed adolescent, with only good will in my heart, but adventure and escape on my mind. 12 months, 12 countries, many girls and women and a world of experience later, I returned, far from sated, yearning for more.

The father, uncomprehending and enraged at the willfulness and ingratitude of the prodigal boy was a changed man, too, after that year. More communicative, less controlling, he also searched and yearned for release. Seven years further on he would find his. I like to think the boy-man was some modest inspiration.

When I had been first introduced to Kate, I thought she was cute, and sure had a fantastic body … but then, so what? She was tall and big boned, buxom, Amazon-like, with shortish hair. My preference had always been for long haired petites. In fact I was currently dating two dark haired beauties 5′ 2″ and 5′ 3″.  Kate was 5′ 8″.  And she at first appeared naive, and more than a little clueless. Not for me.  Besides, she was currently the girlfriend of a present roommate, so better not even think of going there.

But Kate had different ideas. Bottom line, she pursued me. She was into my maturity and worldliness. Such a joke no? A worldly 21-year old. Imagine actually thinking that! No one else she had ever met liked smelly cheeses, had ridden in a BMW, or knew what the heck a Peugeot was. These things were still several years from being commonplace on our shores. Oh, I was a little weird, too. I ran. Everyday. No matter the weather. People didn’t usually do weird stuff like that back then. I was perfect for a wide-eyed, venturesome, inquisitive co-ed from one of those uppity Eastern womens’ colleges.

After the roommate left town for good, I started considering my options. Gradually I realized that pretty head had a razor sharp mind inside. She was an accomplished tennis player, too. That made me nostalgic for the tennis I used to play as a young teen. Before I abandoned the game to take up golf. Because the junior member lounge at the golf club had an incredibly sexy college co-ed who waited on us on her school vacations. It wasn’t to be the last time I would veer off course chasing sexy, older women. But I digress from my story …

The rest of that summer Kate and I dated and spent every available afternoon and evening together. She liked to party, which was a natural fit with my attitude at the time.

We began to fall in love.

So here my friend and I waited in the arrivals section. My buddy was keen to meet her.

“What does she look like?” he kept pestering me.

“Like a Playboy model” I answered. This was when Playboy meant something to the young male, dear readers. “With legs that go on forever.”

I gulped. Then ran over to hug her closely and kiss those lips I had missed for six weeks. She was stunning. I took her bag. I was very happy at that moment.

And so began another important stage in my life. Kate had a big role to play in it.

Will I write about more on Kate? Perhaps. But not now. Likely not for awhile. Maybe never We’ll see.

Some have called me a swashbuckler. A cross between a pirate and a spy. I revel in that, don’t you know?

Sometimes my relationships are a give and take. Requiring a parry and thrust. They can be a real duel. I like my women to be my equal. Fast and ready.  Sometimes the unexpected happens. Sometimes clothes are shed. I need to be ready, too. 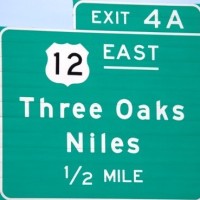 Follow I Think You Earthlings Are Crazy on WordPress.com

My Tweets
The Lustful Empress

The latest news on WordPress.com and the WordPress community.

My Life through Thoughts, Poems, Stories and Photos

I have loved you a long time.

So most things I do have you in mind.

Be obedient even when you do not know where obedience may lead you. (Sinclair Ferguson)

A girl and anything she wants to say.

This Is Where I Got Off

Slave Stories for My Sir